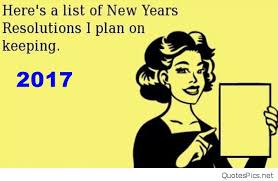 These are some of the things I allowed in 2016.

What I was doing was not speaking up or owning my truth to avoid confrontation . Did the other person learn anything ? No because I allowed all of it – I didn’t want the confrontation hoping that people would know their boundaries or do the right thing. But people have different perceptions about situations and some people are simply thick skinned and don’t care. I learnt that some people unfortunately have agendas and on the whole I’m lucky enough not to have have had too many of those experiences. I had a few situations of jealousy and deceit . As a psychic I could see this but addressing it was another matter as I am inherently a nice person.

So 2016 showed me the frailty of human nature. At times repetitive situations sprung up to push my buttons so I could learn a new way to deal with things. At times I even questioned the industry due to its competitiveness , copying antics and lack of camaraderie. I even questioned my participation in it. But for all of that there are really good people doing incredible work in the Spiritual industry. And I’m grateful I can serve spirit to pass on messages of a better tomorrow.

I would like to thank 2016 for all the lessons and hope that I can go into 2017 with the aim of not allowing anyone to steal my peace or that of my family for that matter. I do not have to react to the actions of others but I can respectfully voice my concerns if it affects me. I cannot change others or their entitlement issues I can only change my reaction to it.  It dawned on me that I actually pleased everyone but myself for the best part of the year in one way or another because I considered other people’s feelings first.

I have decided that in 2017 I’m going to give less fucks than I did in 2016 because Less Fucks Means that I care about filling my Cup first . Cheers everyone Happy New Year.

Mercury Retro December 19- Help ! HEALING OF RELATIONSHIPS IN LIFE AND IN THE AFTERLIFE
Scroll to top